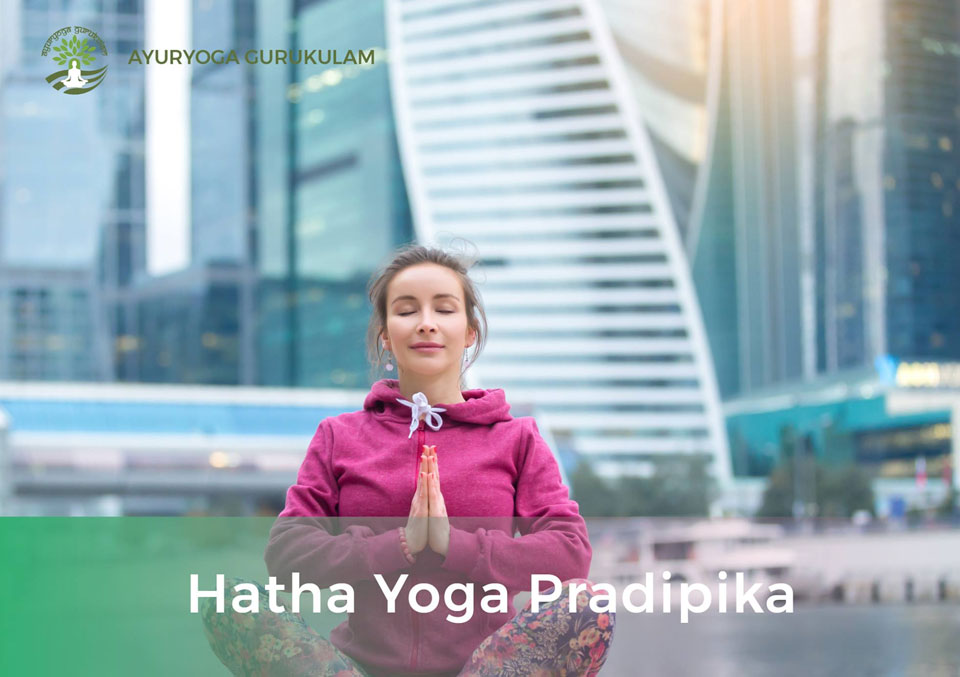 The Hatha Yoga Pradipika is a classical text describing Hatha Yoga. Drawing upon previous texts and his own experiences. While the text describes asanas (postures), purifying practices (shatkarma), mudras (finger and hand positions), bandhas (locks), and pranayama (breath exercises), it also explains that the purpose of Hatha Yoga is the awakening of kundalini (subtle energy), advancement to Raja Yoga, and the experience of deep meditative absorption known as samadhi.

Asana as described by Vasishtha and Masyendranath

Four major asanas of the eighty – four taught by Siva; the excellence of Siddhasana(adepts pose)

Those who can practice hatha yoga

Asana, pranayama, etc should be practiced until perfection or siddhi is achived

Purifications of the nadis and chakras for retention of prana

Sattiwic state of mine for pranayama

Signs in perfection in hatha yoga

Semen and mind must be controlled

Kundalini is the key to liberation

Freedom from diseases through moving the kundalini regularly

The ashta sidhi are attained through mudra

Chapter four: Samadi
—————————–
Salutations to the guru Shiva as nada, bindu and kalaa

The process of Samadhi

Mind and athma unite like salt in the sea

When jivatma unites with paramatma, desires are destroyed

Prana and mind are mixed like milk and water

The liberated one is neither asleep nor awake, neither conscious nor unconscious

Jason Birch has investigated the evolution of the meaning of the Sanskrit word “haṭha.” He specifically researched the key role of the Hatha Yoga Pradīpikā in popularizing a particular interpretation of this term. When written, the Hatha Yoga Pradīpikā drew from various classic texts on different systems of yoga, and Svātmārāma grouped what he had found under the generic term “haṭha yoga”. Although haṭha yoga has evolved into a generic term that is currently understood as a branch of yoga involving physical poses (including sun salutations, vinyāsas, aṣṭāṅga, etc.), it originally had a more specific meaning. After examining Buddhist tantric commentaries and medieval yoga texts that came before the Hatha Yoga Pradīpikā, Birch found that the adverbial uses of the word suggests that it meant “force”. Birch found that, “Rather than the metaphysical explanation of uniting the sun (ha) and moon (ṭha), it is more likely that the name haṭha yoga was inspired by the meaning ‘force’.”